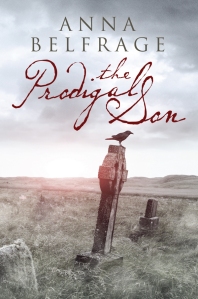 He risks everything for his faith – but will he be able to pay the price? Safely returned from an involuntary stay on a plantation in Virginia, Matthew Graham finds the Scottish Lowlands torn asunder by religious strife. His Restored Majesty, Charles II, requires all his subjects to swear fealty to him and the Church of England, riding roughshod over any opposition. In Ayrshire, people close ranks around their evicted Presbyterian ministers. But disobedience comes at a heavy price and Alex becomes increasingly more nervous as to what her Matthew is risking by his support of the clandestine ministers – foremost amongst them the charismatic Sandy Peden. Privately, Alex considers Sandy an enervating fanatic and all this religious fervour is totally incomprehensible to her. So when Matthew repeatedly sets his faith and ministers before his own safety he puts their marriage under severe strain. The situation is further complicated by the presence of Ian, the son Matthew was cruelly duped into disowning several years ago. Now Matthew wants Ian back and Alex isn’t entirely sure this is a good thing. Things are brought to a head when Matthew places all their lives in the balance to save his dear preacher from the dragoons. How much is Matthew willing to risk? How much will he ultimately lose? The Prodigal Son is the third in Anna Belfrage’s historical time slip series, which includes the titles The Rip in the Veil and Like Chaff in the Wind.

I really admire Belfrage’s use of voice and language. She makes it so that the characters are well developed and thought provoking. And I admire how her characters interact with each other and does a good job expressing their emotions. Her dialog is also engaging and flows really well.

She gives wonderful details of the domestic life of the time the story is written in and details of what they had to endure in the regards to the government’s (Charles ll of England) unreasonable rule. There were laws or should I say-Charles ll required his subjects to conform to the Church of England- on how they were to worship which as you know made it extremely difficult on the people. And that is putting it mildly.

Mathew Graham has risked much to support and protect his minister, Sandy Peden. And his family has suffered for that. I did not always agree with him and was often times frustrated with the decisions he was making. But having said that, he is one of my favorite characters in this story. I believe Mathew truly loves his family and has adjusted quite well to the fact that his wife-Alex-is from the future. I’m sure he is more tolerate to her ideas and beliefs than what most men during that time would have been.

Sandy Peden is a pious and fanatical minister who I actually enjoyed reading about in this story. He is opinionated- thinks women have their place and feels Mathew should put his wife in that place and has no problem telling him so. It is obvious he does not approve of her one bit. But she certainly matched wit for wit with Sandy. I do admire how Sandy is a survivor and he stands by what he believes and does not give into being told how he is to worship and what organized faith he is lawfully suppose too follow. Very entertaining….he adds a lot to this story.

Alex is a strong woman who is from the future and I believe her knowledge has really helped her and yet sometimes it was a hindrance for her, I think. I do however think she adapted quite well in the 17th century for someone being so forward thinking and modern of course. She does have a stubborn streak to her but so does her husband. I really enjoyed seeing the way they interacted with each other. Their relationship is really dynamic. And I do admire their strong sense of family and values. Alex does something in this story that I truly respect her for. But I cannot tell you! You will just have to read the book to find out!

I really have enjoyed this series so far and I look forward to continuing to read them! The Graham family are definitely among my favorite families to read about! I am giving this story a four and a half star rating and I highly recommend this whole series to people who are looking for a quality written time slip. 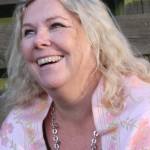 I was raised abroad, on a pungent mix of Latin American culture, English history and Swedish traditions. As a result I’m multilingual and most of my reading is historical – both non-fiction and fiction.

I was always going to be a writer – or a historian, preferably both. Instead I ended up with a degree in Business and Finance, with very little time to spare for my most favorite pursuit. Still, one does as one must, and in between juggling a challenging career I raised my four children on a potent combination of invented stories, historical debates and masses of good food and homemade cakes. They seem to thrive … Nowadays I spend most of my spare time at my writing desk. The children are half grown, the house is at times eerily silent and I slip away into my imaginary world, with my imaginary characters. Every now and then the one and only man in my life pops his head in to ensure I’m still there. I like that – just as I like how he makes me laugh so often I’ll probably live to well over a hundred.

I was always going to be a writer. Now I am – I have achieved my dream.

Links to where you can purchase her stories: