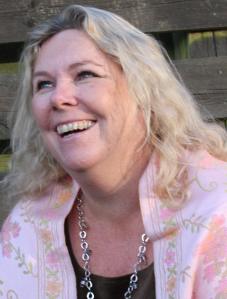 Had Anna been allowed to choose, she’d have become a professional time-traveller. As such a profession does as yet not exists, she settled for second best and became a financial professional with two absorbing and time-consuming interests, namely British History and writing. These days, Anna spends almost as much time writing and researching as she does working, which leaves little time for other important pursuits such as cooking and baking.

Anna Belfrage is the author of The Graham Saga – so far six of the total eight books have been published. Set in seventeenth century Scotland and Virginia/Maryland, The Graham Saga tell the story of Matthew and Alex, two people who should never have met – not when she was born three hundred years after him.

Other than on her website, www.annabelfrage.com, Anna can mostly be found on her blog, http://annabelfrage.wordpress.com – unless, of course, she is submerged in writing her next novel.

Stephanie: I would like to welcome Anna Belfrage today to answer some questions about Beta Readers.

Do you use beta readers?

Anna: I have two beta readers who have been with me from the start. Initially, they spent most of their effort in encouraging me to go on, these days they invest their time in really reviewing what I write. I think the morale boost originally offered by my beta readers was/is as important as their subsequent review. Without their belief in my writing, I could have lost faith in it myself. 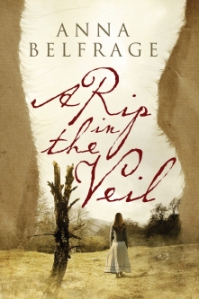 Stephanie: I know of a few authors who use beta readers for different phases of their manuscript. How many do you use and in what phase of your WIP do you require them?

I only use beta readers for a completed manuscript. However, once I am in the process of re-writing and honing as per the beta reader’s suggestion, I will ask them to review the alterations. I also use my beta readers to bandy ideas well before they’re committed to paper. I can do this because they are familiar with the overall story line – and my characters – which is why at times they’ll say irritating things like “Alex would never do that”, thereby leaving me back to square one.

Stephanie: What is it that you look for in a beta reader? And what is the importance of them?

Anna: I want someone who will be honest without setting out to disembowel me. Writing is at times very similar to leaving one’s naked soul up for display, and us writers can at times be a tad fragile. That doesn’t mean we can’t take criticism, but there’s a huge difference between constructive feedback and the “nah, I don’t like it” approach. Good beta readers work on the constructive aspect, highlighting what doesn’t work for them (and why) plus also proposing a solution.

Stephanie: How do you choose your beta readers?

Anna: In my case it was easy: I have two people I trust with my life with whom I share a passion for reading good historical fiction/romance. 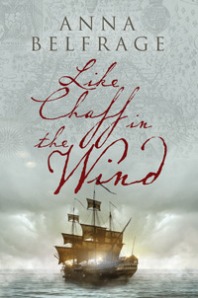 Stephanie: What has been your experiences with them?

Stephanie: How often do you take their advice and what is the impact they have had on your writing?

Anna: I always listen to what they have to say. Quite often I agree with them – at least once I’ve mulled things over – but there are occasions when I don’t, and if so I go with my gut, not theirs. I think their greatest gift to me has been that they’ve urged me to write more – much more – so eager have they been to find out more about what happens to Matthew and Alex.

Stephanie: Do you use them for every book you write?

Anna: Yes – but somewhat differently now than originally. Now I want them to evaluate the story and how it flows and alert me to any “oops, the white glove in Chapter 6 is suddenly black in Chapter 7” issues. I trust my style and voice sufficiently by now not to need them nit-picking it, and besides, I have an editor who does that. After all, no matter if you have an army of beta readers, it is my opinion that a writer MUST have an editor – and this applies to the self-published authors as well!