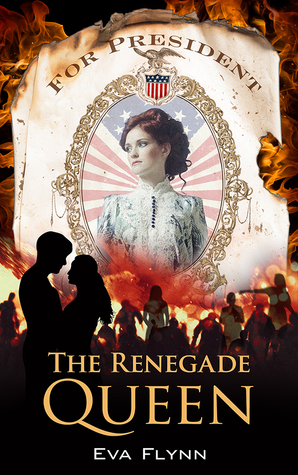 Two Renegades So Controversial, They Were Erased From History

Discarded by society, she led a social revolution. Disgusted by war, he sought a new world.

She was the first woman to run for President, campaigning before women could vote.

He was the Hero of Vicksburg, disillusioned with the government after witnessing the devastating carnage of the Civil War.

Their social revolution attracted the unwanted who were left out of the new wealth: the freed slaves, the new immigrants, and women.

This is the true story of Victoria Woodhull and the love of her life, James Blood.

Adored by the poor, hated by the powerful, forced into hiding during their lifetimes and erased from history after death, the legend of their love lives on.

It’s 1869 and Victoria has a choice to make. She can stay in an abusive marriage and continue to work as a psychic, or she can take the offer of support from handsome Civil War general James Blood and set about to turn society upside down. Victoria chooses revolution.

But revolutions are expensive, and Victoria needs money. James introduces Victoria to one of the wealthiest men in America—Commodore Vanderbilt. Along with her loose and scandalous sister, Tennessee, Victoria manipulates Vanderbilt and together they conspire to crash the stock market—and profit from it. Victoria then parlays her fortune into the first female-owned brokerage firm.

When her idol Susan B. Anthony publishes scandalous rumors about Victoria’s past, Victoria enters into a fierce rivalry with Susan to control the women’s movement. James supports Victoria’s efforts despite his deep fears that she may lose more than the battle. She might lose part of herself.

Victoria starts her own newspaper, testifies to Congress, and even announces her candidacy for President. But when Victoria adopts James’s radical ideas and free love beliefs, she ignites new, bruising, battles with Susan B. Anthony and the powerful Reverend Henry Beecher. These skirmishes turn into an all-out war, with Victoria facing prejudice, prosecution, and imprisonment. Ultimately, Victoria and James face the hardest choice of all: the choice between their country and their love. 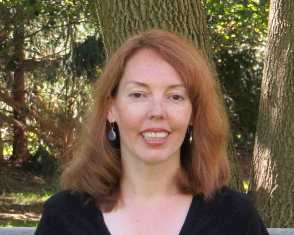 Eva was raised on bedtime stories of feminists (the tooth fairy even brought Susan B. Anthony dollars) and daytime lessons on American politics. On one fateful day years ago when knowledge was found on bound paper, she discovered two paragraphs about Victoria Woodhull in the WXYZ volume of the World Book Encyclopedia. When she realized that neither of her brilliant parents (a conservative political science professor and a liberal feminist) had never heard of her, it was the beginning of a lifelong fascination not only with Victoria Woodhull but in discovering the stories that the history books do not tell. Brave battles fought, new worlds sought, loves lost all in the name of some future glory have led her to spend years researching the period of Reconstruction. Her first book, The Renegade Queen, explores the forgotten trailblazer Victoria Woodhull and her rivalry with Susan B. Anthony.

Eva was born and raised in Tennessee, earned her B.A. in Political Science from DePauw in Greencastle, Indiana and still lives in Indiana. Eva enjoys reading, classic movies, and travelling. She loves to hear from readers, you may reach her at eva@rebellioustimes.com, and follow her on Goodreads and Twitter.