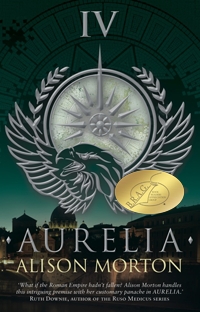 Aurelia Mitela, archetype Roma Novan, came to life when I was writing the first Roma Nova book, INCEPTIO. Then, she was the clever, experienced grandmother of Carina, the book’s heroine.

Let Carina tell you in her own words of her first impression of Aurelia:

“She’d been so concerned for me, but not in a soppy way. Direct and ‘no-nonsense’ fitted her perfectly, but her smile had been warm. I couldn’t help speculating how it would have been to grow up with her instead of the Browns.

I started tapping the keys, surfing for Roma Nova while I was drinking and thinking. I couldn’t leave it alone. My grandmother’s name shot out at me. Fascinated, I loaded the English translation. The screen displayed a list of her business interests. Sketchy on detail, it gave some personal stuff at the end: head of the influential Mitela family, senator and government advisor, cousin to the current imperatrix. She really was a big hitter.”

In PERFIDITAS, we see Aurelia, the cool ex-Praetorian, holding the family together after they’d been falsely arrested:

“[Aurelia to Carina] ‘I’ve been through a great deal worse. I’m not a little old lady out of some genteel novel.’

No, she truly wasn’t. She’d been PGSF [Praetorian Guard Special Forces] in her time, even led the attack to retake the city during the civil war. Although now in her mid-seventies, she definitely belonged to the “tough gals” league.

She gave me a close description of the arresting party. What a difference it made when the victim was a trained professional and could give you precise, detailed information. She’d printed off her statement and signed it already.”

Throughout the first three books, INCEPTIO, PERFIDITAS and SUCCESSIO, we catch glimpses of Aurelia’s early life, but even more, a whole range of questions are thrown up. What did she do in the Great Rebellion nearly twenty-three years before the time of INCEPTIO? Why is she so anxious when she compares the villain in SUCCESSIO to Caius Tellus, the brutal ‘First Consul’ who instigated the rebellion all those years ago? Who was the great love of Aurelia’s life that Carina only learns about in SUCCESSIO?

In AURELIA, the fourth book which takes us back to the late 1960s, Aurelia is accused of murder while on a mission to Berlin, and while in remand undergoes a (hostile) psychological assessment. Here’s the report on her:

Subject is highly rational, quick-minded and a natural leader. She sees nothing is impossible given enough time and resources. Subject has the confident personality and willpower to pursue and implement her goals, easily bringing others with her. A dominant personality.

Strategic thinker, curious, innovative, able to grasp and deal with problems with determination and precision. Energetic and excellent communication skills, happy to confront and negotiate with others. Intelligent enough to recognise other people’s talents, and work with them. Requires challenges and even failures, or her self-confidence could easily turn into arrogance and condescension.

Personalities of this type cannot tolerate inefficiency or those whom they perceive as lazy or incompetent. They can be chillingly cold and ruthless when the situation arises, operating purely on logic and rationality.

They interact very well with others, often charming them to their cause, and paying attention to other people’s feelings – or at least pretending that they do. Most mature and successful personalities of this type are genuine in this aspect to some extent, even though their sensitivity may hide a cold and calculating mind.

This is a slant on the classic ENTJ personality profile from the Myers-Briggs Type Indicator, a psychometric test system popular in business to indicate psychological preferences about how people perceive the world and make decisions. I needed to make the report negative for the story, but positive aspects of this type of personality are that they are conceptual and global thinkers, able to see connections where others don’t, and to think ahead. Couple this with the intuition and sense of fair play many ENTJs possess, it can make life frustrating for this personality when people around them don’t grasp things the way they do. Of course, this conflict is a gift for a writer…

In essence, Aurelia is a blood-and-bone Roma Novan whose values are based on traditional ancient Roman ones; tough, loyal with a strong sense of duty and fully aware of her responsibilities as head of a great family. But her desire to keep all the balls juggling in the air with precise timing leads to her being riven by guilt if she doesn’t perform a hundred per cent.

Aurelia has one vulnerability, her love for her frail daughter, Marina. This vulnerability, and willingness to sacrifice everything for Marina, is also her greatest strength, along with her determination to serve her country.

Is she sympathetic? Yes, because under all that resolution and toughness, she is still a human being who experiences fear, love, despair and grief. She bitterly misses the strong comradeship of her earlier military career, and is exhilarated when going back into action. And then, there is her devotion to her life-long love, elusive though he sometimes is…

AURELIA is the fourth book in the Roma Nova thriller series,  BRAG Medallion Honoree and currently a finalist in the 2016 Historical Novel Society Indie Award

Connect with Alison on her Roma Nova site 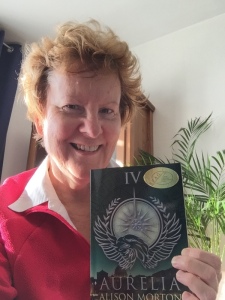 Even before she pulled on her first set of military fatigues, Alison Morton was fascinated by the idea of women soldiers. Brought up by a feminist mother and an ex-military father, it never occurred to her that women couldn’t serve their country in the armed forces. Everybody in her family had done time in uniform and in theatre all over the globe.

So busy in her day job, Alison joined the Territorial Army in a special communications regiment and left as a captain, having done all sorts of interesting and exciting things no civilian would ever know or see. Or that she can talk about, even now…

But something else fuels her writing… Fascinated by the mosaics at Ampurias (Spain), at their creation by the complex, power and value-driven Roman civilisation, she started wondering what a modern Roman society would be like if run by strong women. 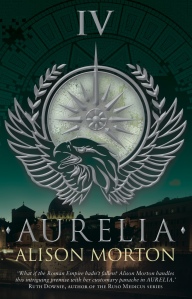 Late 1960s Roma Nova, the last Roman colony that has survived into the 21st century. Aurelia Mitela is alone – her partner gone, her child sickly and her mother dead. Forced in her mid-twenties to give up her beloved career as a Praetorian officer, she is struggling to manage an extended family tribe, businesses and senatorial political life.

But her country needs her unique skills. Somebody is smuggling silver – Roma Nova’s lifeblood – on an industrial scale. Sent to Berlin to investigate, she encounters the mysterious and attractive Miklós, a suspected smuggler, and Caius Tellus, a Roma Novan she has despised, and feared, since childhood.

Aurelia suspects that the silver smuggling hides a deeper conspiracy and follows a lead into the Berlin criminal underworld. Barely escaping a trap set by a gang boss intent on terminating her, she realises that her old enemy is at the heart of all her troubles and pursues him back home to Roma Nova… 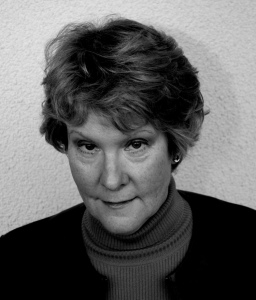 Even before she pulled on her first set of combats, Alison Morton was fascinated by the idea of women soldiers. Brought up by a feminist mother and an ex-military father, it never occurred to her that women couldn’t serve their country in the armed forces. Everybody in her family had done time in uniform and in theatre – regular and reserve Army, RAF, WRNS, WRAF – all over the globe.

So busy in her day job, Alison joined the Territorial Army in a special communications regiment and left as a captain, having done all sorts of interesting and exciting things no civilian would ever know or see. Or that she can talk about, even now…

But something else fuels her writing… Fascinated by the mosaics at Ampurias (Spain), at their creation by the complex, power and value-driven Roman civilisation started her wondering what a modern Roman society would be like if run by strong women…

INCEPTIO, the first in the Roma Nova series

Monday, May 11 Tour Kick Off & Giveaway at Passages to the Past

Tuesday, May 12 Excerpt at What Is That Book About

Wednesday, May 13 Spotlight at Book Nerd

Sunday, May 17 Review at Carole’s Ramblings

Friday, May 22 Spotlight at Flashlight Commentary

Monday, May 25 Review at A Book Geek

Tuesday, May 26 Spotlight at The Lit Bitch

Friday, May 29 Spotlight at Just One More Chapter

Writing is a time honored moment. When the writer breathes life into the characters and gives them a place in the reader’s heart. Characters capture us in their embrace and we take refuge in their lives in a world of uncertainties. -Stephanie M. Hopkins