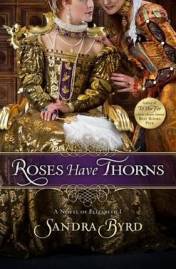 About ROSES HAVE THORNS

From the acclaimed author of To Die For comes a stirring novel told that sheds new light on Elizabeth I and her court. Like Philippa Gregory and Alison Weir, Sandra Byrd has attracted countless fans for evoking the complexity, grandeur, and brutality of the Tudor period. In her latest tour de force, she poses the question: What happens when serving a queen may cost you your marriage–or your life?

In 1565, seventeen-year-old Elin von Snakenborg leaves Sweden on a treacherous journey to England. Her fiancé has fallen in love with her sister and her dowry money has been gambled away, but ahead of her lies an adventure that will take her to the dizzying heights of Tudor power. Transformed through marriage into Helena, the Marchioness of Northampton, she becomes the highest-ranking woman in Elizabeth’s circle. But in a court that is surrounded by Catholic enemies who plot the queen’s downfall, Helena is forced to choose between her unyielding monarch and the husband she’s not sure she can trust–a choice that will provoke catastrophic consequences.

Vividly conjuring the years leading up to the beheading of Mary Queen of Scots, Roses Have Thorns is a brilliant exploration of treason, both to the realm and to the heart.

Praise for Roses Have Thorns

“In Roses Have Thorns Sandra Byrd has given the reader another amazing Elin to tell the intimate story of England’s greatest queen, Elizabeth I. What a unique point of view and deeply moving story Helena von Snakenborg provides. Byrd is especially adept at blending political and private lives. This is a timeless women’s friendship novel as well as a poignant love story to cherish–both the roses and the thorns.” (Karen Harper, New York Times bestselling author of Mistress of Mourning)

“There is something golden about this tale of Elin, an eager young woman in a strange land, diligent in her duty but alive to love. A tale gracefully told, even as it renders the terrors of treachery that form the crucible of Elin’s hard-won wisdom. A heartfelt story of loyalty, longing, life-long friendship, and the many seasons of the heart.” (Barbara Kyle, author of The Queen’s Gamble and Blood Between Queens)

“Beautiful prose and masterful research combine to bring this fascinating tale to life, treating the reader to fully realized characters and providing an original window through which we can view Elizabeth’s court. Ms. Byrd’s work will stand as an unforgettable contribution to Tudor fiction.” (D.L. Bogdan, author of The Forgotten Queen)

Roses Have Thorns is the third novel I have read of Sandra’s and I have thoroughly enjoyed everyone single one of them. With each book, I say, “No, this one is my favorite.” I can’t decide!  She not only gives you wonderful, strong characters but gives you a fascinating and fresh look into the Tudor dynasty. What I like most about her stories is that she does not add brutal and graphic scenes but gives you a rich and vivid picture of how Tudor life was like. Which Sandra has tastefully crafted and has proven you don’t have to have to have all that to write a thrilling and intriguing story.

I really admire the young Elin-the heroine- who later becomes Helena, the Marchioness of Northampton and the second most powerful women in all of England. She earns the trust and loyalty of the Queen. She loves her family and she encourages and lifts up everyone around her.

Her second husband, Thomas is an interesting character. I truly believe he loves Helena, but throughout the story I felt that there was something off about him, that he was hiding something. You’ll have to read the story to find out!

I’ve read so many stories of Queen Elizabeth’s life and her relationship with Lord Robert and I must admit that was becoming tiresome. Sandra gives you just a hint to what their relationship was like, which was refreshing! She didn’t go on and on about it.

Sandra, paints beautiful and wonderful scenes of what court life must have been like during Queen Elizabeth rule. Her portrayal of all her characters are superbly done and she entertains you from beginning to end. I love reading a story that you don’t want to tear your eyes from. You want to immerse yourself in the history and court life. This story is perfect for everyone and more so for new readers of the Tudor period. Five stars for Roses Have Thorns! 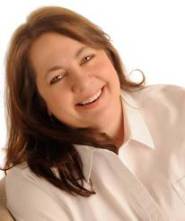 Sandra Byrd has published more than three dozen books in the fiction and nonfiction markets, including the first book in her Tudor series, To Die For: A Novel of Anne Boleyn.  Her second book, The Secret Keeper: A Novel of Kateryn Parr, illuminates the mysteries in the life of Henry’s last wife.

For more than a decade Sandra has shared her secrets with the many new writers she edits, mentors, and coaches. She lives in the Seattle, Washington, area with her husband and two children. For more Tudor tidbits, please visit www.sandrabyrd.com. Follow Sandra Byrd on Facebook, Twitter and Pinterest.

3 thoughts on “Review: Roses Have Thorns by Sandra Byrd”