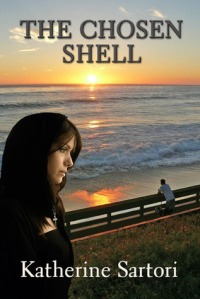 After the onslaught from a vocal and sometimes impertinent media about the troubled state of the Vatican and Catholicism, Katherine Sartori’s The Chosen Shell is a nice surprise. It is not as in-your-face flashy as some books and television series like the Borgia’s are, though that is not to say that there are not a few gritty scenes. The sincerity and genuineness of Satori’s voice comes through the narrative in a way that does not cover up what so many non-believers (and some believers) find hypocritical in the church’s teachings versus its practices and attitudes expressed in the daily life’s of its followers, nuns and leaders.

The Chosen Shell is fiction and memoir combined. Because of this and the subject matter, the life of an introverted troubled teenager who on the cusp of a turning into an adult decides to become a nun, the flow of the novel was at times a bit slow. There were times I wanted the story to move along. The Chosen Shell is not a literary novel, but it could have been, and could be, if Sartori expanded on the other characters and allowed them to bring out more of the main character, Celie, through action or dialogue.

I absolutely love Satori’s description of San Francisco and Muir Woods having visited both places a number of times. I felt at home, like I was part of the action. I also liked Sartori’s description of the convent and other places Celie and other nuns gathered. It is a world that I wanted to learn about; Sartori is a diligent charismatic guide.

I loved about the novel was the way Sartori incorporates the writing life into the narrative, from the time she was a school girl in school through to the end. Celie feels and acts like a writer in the novel. I empathized with her struggle to maintain her voice even as her identity as an author is threatened by her vocation.

The Chosen Shell is a gem, one that I would highly recommend. I would give it on Goodreads 4-4.5 stars.