Francis Bacon is charged with investigating the murder of a fellow barrister at Gray’s Inn. He recruits his unwanted protégé Thomas Clarady to do the tiresome legwork. The son of a privateer, Clarady will do anything to climb the Elizabethan social ladder. Bacon’s powerful uncle Lord Burghley suspects Catholic conspirators of the crime, but other motives quickly emerge. Rival barristers contend for the murdered man’s legal honors and wealthy clients. Highly-placed courtiers are implicated as the investigation reaches from Whitehall to the London streets. Bacon does the thinking; Clarady does the fencing. Everyone has something up his pinked and padded sleeve. Even the brilliant Francis Bacon is at a loss — and in danger — until he sees through the disguises of the season of Misrule.

This series of historical mysteries features the philosopher-statesman Francis Bacon as a sleuth and spymaster. Since Francis prefers the comfort of his own chambers, like his spiritual descendent Nero Wolfe, he sends his pupil, the handsome young Thomas Clarady, out to gather information. Tom loves the work, not least because he meets so many interesting people, like Lord Burghley, Sir Walter Raleigh, and Christopher Marlowe. Murder by Misrule is the first book in the series.

I’m always up for an elaborate crime thriller and an historical one to boot. Funny thing is, as I was waiting for this book in the mail, I kept on thinking this was going to be a Victorian one! *laughing* I’ve been on a Victorian era kick lately and I guess that is why….and wow was I surprised when I started reading the story!

The premise intrigued me and the colorful cast of characters amused me. They all played an integrate part in the story, even the minor roles. It was entertaining seeing how they interacted together solving the crime and I really developed a fondness for Tom Clarady.

There were a lot of great scenes that grabbed my attention and a few in between that didn’t so much, I would have liked the momentum of the story to have been a little stronger. That is what I want in a mystery thriller.

I really enjoyed the historical aspects of the story and learned a lot about Gray’s Inn….and Frances Bacon in how he must have been. And there is more to the story than meets the eye and leaves the readers imagination to explore that.

Praise for Murder by Misrule

“Though the plot keeps the pages turning, the characters, major and minor, and the well-wrought historical details will make readers want to linger in the 16th century. A laugh-out-loud mystery that will delight fans of the genre.” – Kirkus Starred Review

“Murder by Misrule is a delightful debut with characters that leap off the page, especially the brilliant if unwilling detective Francis Bacon and his street smart man Tom Clarady. Elizabeth Tudor rules, but Anna Castle triumphs.” – Karen Harper, author of Mistress Shakespeare

“Well-researched… Murder by Misrule is also enormously entertaining; a mystery shot through with a series of misadventures, misunderstandings, and mendacity worthy of a Shakespearean comedy.” – M. Louisa Locke, author of Bloody Lessons 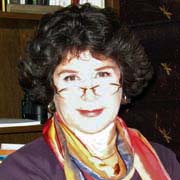 Anna Castle has been a waitress, software engineer, documentary linguist, college professor, and digital archivist. Historical fiction combines her lifelong love of stories and learning. She physically resides in Austin, Texas, and mentally counts herself a queen of infinite space.

Wednesday, June 4 Book Blast at The Musings of ALMYBNENR

Wednesday, June 11 Review at Oh, For the Hook of a Book Book Blast at Literary Chanteuse

Thursday, June 12 Review at Curling Up By the Fire

Friday, June 20 Review at A Bibliotaph’s Reviews Interview at All Things Girl

Monday, June 23 Review, Guest Post, and Giveaway at A Bookish Affair Interview at Jorie Loves a Story Book Blast at So Many Books, So Little Time