In the late twelfth century on the sweeping Mongolian grasslands, following a violent feud between blood brothers, the victor Temujin ascends to power, declaring himself Genghis Khan. But behind one powerful man stand many strong women…

After her mother foretells an ominous future for her, darkness looms over Borte’s life. She becomes an outcast among her clan and after seeking comfort in the arms of an aristocratic traveler, she discovers he is the blood brother of Temujin, the man she was betrothed to years ago but who abandoned her long before they could marry. And he will only leave her behind again.

Temujin will make Borte his khatun, his queen, yet it will take many women to safeguard his fragile new empire. Their daughter, a fierce girl named Alaqai, will ride and shoot an arrow as well as any man. Fatima, an elegant Persian captive, seeks revenge against the Mongol barbarians who destroyed her city and murdered her family, but in the end will sacrifice everything to protect the Golden Family. Demure widow to Genghis’ son, Sorkhokhtani positions her sons to inherit the Empire when it begins to fracture from within.

As Genghis Khan sets out to expand his conquests and the steppes run red with blood, Borte and the women of the clan will fight, love, scheme, and sacrifice, all for the good of their family and the greatness of the People of the Felt Walls…

Tiger Queens is the second book this year that I felt the five star rating wasn’t enough to give. This book out shines that rating. You can’t count the stars with stories like this and I felt so inadequate in writing my review for, The Tiger Queens by. The story speaks for itself and Thornton displays such brilliance in her writing there seems to be no words to express my inner feelings about this book. I felt I would fail with my words…

I’ve never studied the late twelfth century Mongolian culture or Genghis Khan in-depth. I’ve only heard and learned bit and pieces through my life…I must say on of the reasons why Historical Fiction is so appealing to me is because writers such as Thornton brings readers the greatness, tragedies, conflicts, triumphs, warfare, and so on of the past to life. We learn from their stories and we connect to the people that lived long ago. Their voices come alive and we learn we aren’t so different from them…..or are we? There are so many questions one ask about history and why people did the things they did and how it has even impacted us today in the modern world. What I like most about The Tiger Queens is the contrast of the Queens and conflicts these women face and how while each of these ladies has their own attributes that are unique, they connect on so many levels. Courage being one of them. Thornton does an outstanding job portraying that. Ever line, every paragraph, every page will hold your attention. There are so many wonderful layers to the story. Not only in wonderful character development and historical detail, but the human condition of that time. The bravery of it, the harshness, death, family loyalties, war and culture.

At the end of the story I was trying to make a decision on which heroine of The Tiger Queens by is my favorite. I was really leaning towards Genghis’s daughter Alaqai’s story. She does something (I won’t say, I don’t want to spoil it) I completely admire and she didn’t have to do and no one would have thought less of her if she didn’t. However, I hold each one of these extraordinary women in my heart.

There are few stories that have really impacted me on so many levels. The Tiger Queens is one of them. I would have to say that Thornton is one of the best Historical Fiction writers of our time. Truly a master of the craft. 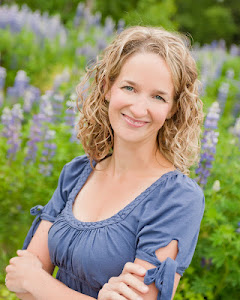 Stephanie Thornton is a writer and history teacher who has been obsessed with infamous women from ancient history since she was twelve. She lives with her husband and daughter in Alaska, where she is at work on her next novel.

“The Secret History: A Novel of Empress Theodora” and “Daughter of the Gods: A Novel of Ancient Egypt” are available from NAL/Penguin. “The Tiger Queens: The Women of Genghis Khan” will hit the shelves November 4, 2014, followed by “The Conqueror’s Wife: A Novel of Alexander the Great” in November 2015.

Monday, November 3 Review at Oh, for the Hook of a Book Review & Giveaway at Peeking Between the Pages

Thursday, November 6 Review at The Mad Reviewer Review & Giveaway at Peeking Between the Pages Interview at Jorie Loves a Story

Tuesday, November 11 Review at With Her Nose Stuck in a Book Review & Giveaway at Book Lovers Paradise

Wednesday, November 26 Review at WTF Are You Reading?