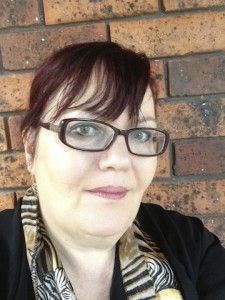 I’d like to welcome Author Wendy J. Dunn to Layered Pages today to talk about her writing. She is an Australian writer who has been obsessed by Anne Boleyn and Tudor History since she was ten-years-old. She is the author of two Tudor novels: Dear Heart, How Like You This?, the winner of the 2003 Glyph Fiction Award and 2004 runner up in the Eric Hoffer Award for Commercial Fiction, and The Light in the Labyrinth, her first young adult novel.

While she continues to have a very close and spooky relationship with Sir Thomas Wyatt, the elder, serendipity of life now leaves her no longer wondering if she has been channeling Anne Boleyn and Sir Tom for years in her writing, but considering the possibility of ancestral memory. Her own family tree reveals the intriguing fact that her ancestors – possibly over three generations – had purchased land from both the Boleyn and Wyatt families to build up their own holdings. It seems very likely Wendy’s ancestors knew the Wyatts and Boleyns personally.

Born in Melbourne, Australia, Wendy is married and the mother of three sons and one daughter—named after a certain Tudor queen, surprisingly, not Anne.

Wendy tutors at Swinburne University in their Master of Arts (Writing) program. She also works as a literature support teacher at a primary school.

Why do you write?

Why do I write, Stephanie? Writing is the way I achieve a complete life. Text is my mirror to look at myself and my world, and one of my means to achieve personal growth. I have learnt through writing the truth of Jacques Derrida’s words: “human beings require the mediation of consciousness, or the mirror of language, in order to know themselves and the world” (Derrida Online). Through the act of writing, life, that glass darkly, becomes less dark and clearer. I see writing as a space that creates and builds empathy – not only for the reader, but for the writer, too.

How has writing impacted your life?

Writing has not only impacted on my life, but also moulded it into an authentic life. I was only eight when I committed myself to writing. At ten, I won my first writing competition for a poem. I was also ten when a friend gave me a child’s book of English history and I read its story of Elizabeth I. As an unwanted and seemingly unloved daughter of a father who valued only sons, I connected to the story of another seemingly unwanted daughter. That book changed my life and began my lifelong desire to learn and then write about the Tudors.

Writing shaped my identity, my life and continues to do so. Writing is my life-tool. I re-storied and reshaped my life through writing.

My father came from the slums of London. Growing up for him was a constant struggle against adversity and deprivation. The tragedy of my father’s life was similar to many of his generation. He received no opportunities to fulfil his potential and this left him a tormented man. He believed he did his children no favours by giving them a happy childhood. He also believed you could not change the narrative of your life: if you were born poor, you died poor. But, like many Cockneys, my father was a born storyteller; his occasional bedtime story was one of the best times of my childhood. His vivid retelling of history, folklore and family stories fed my imagination, and built the first stones to my writerly self.

My father devoured books. Once he read them, he discarded the books into our spare broom cupboard. I burrowed my way through them: history, philosophy, the complete works of Shakespeare, politics and classic novels. My love of reading increased my daydreams of a future as a writer.

My father balked (or maybe panicked) at the thought of supporting two daughters (my older sister was a gifted Mathematics student and that pushed her through the door) during the years of university and pulled the plug out of my hope to complete High School. I left school and home at seventeen, and became a shop assistant.

Not long afterwards, I met my husband, married him at eighteen and had our first child ten months later. But my desire to write never left me.

Years later, I entered a local University through their early leavers’ scheme, academic success gave me the confidence to return to writing and pursue a career in education. Employed as an Arts and Craft teacher, I decided to a complete a Graduate Diploma in Visual and Performance Arts. It immersed me in the creative process and the floodgates opened to the novel I had started to write in my twenties. Words poured out of me. I emerged from the end of the course with the first draft of my first historical novel, Dear Heart, How Like You This? Over ten years later, and lots of re-writing during my summer breaks from teaching, an American small press publisher offered to published it in 2002.

Writing is a way of being to me now rather than a way to earn a living. That no longer matters so much because I have something richer in its place, a deeper appreciation of how writing has helped me to grow and claim my true identity.

More than a decade ago, a year or two before my first novel was published, the very lovely Sandra Gulland (LOL – she does not remember this!) told me: Perseverance furthers. Smile – it became and remains my creed. Following it, I may not have achieved what society regards as true success for a writer, which tends to be measured in money and fame, but I have experienced a wonderful and exciting life adventure. 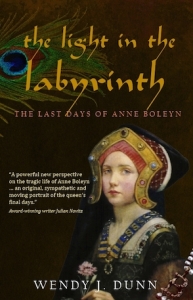 What advice would you give a beginner writer?

Write because you’re passionate about the craft of writing, not because you see it as a way to make money or become famous; very few writers support themselves purely through writing.

Join a supportive writing group and strive to be a supportive member. Keep reading. Reading is a serious and necessary tool of study for the writing craft. (I always find myself bemused when another writer tells me they don’t read books. In my humble opinion, reading is the other side of writing.)

One of my most favourite sayings is this: ‘Aim at the sun, and you may not reach it, but your arrow will fly far higher than if aimed at an object on a level with yourself’. If you love to write, then write and aim at the sun.

4 thoughts on “A Writer’s life with Author Wendy J. Dunn”