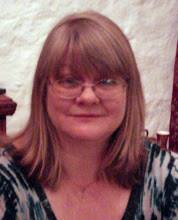 Judith, who is from Wales in the UK, is the author of seven historical fiction novels. Her early novels, Peaceweaver, The Forest Dwellers and The Song of Heledd, are set in the Anglo-Saxon/Medieval period but her later work, The Winchester Goose, The Kiss of the Concubine, Intractable Heart and A Song of Sixpence, concentrate on the Tudor period. She is currently researching for her eighth novel about Margaret Beaufort, the mother of Henry VII. Judith is also a regular blogger and author of historical articles.

Blurb of A Song of Sixpence

In the years after Bosworth, a small boy is ripped from his rightful place as future king of England.

Years later when he reappears to take back his throne, his sister Elizabeth, now Queen to the invading King, Henry Tudor, is torn between family loyalty and duty.

As the final struggle between the houses of York and Lancaster is played out, Elizabeth is torn by conflicting loyalty, terror and unexpected love.

Elizabeth must choose between supporting the man claiming to be her brother, or her husband, the king?

Set at the court of Henry VII A Song of Sixpence offers a unique perspective on the early years of Tudor rule. Elizabeth of York, often viewed as a meek and uninspiring queen, emerges as a resilient woman whose strengths lay in endurance rather than resistance.

Ink black water slaps against the Tower wharf where deep impenetrable dark stinks of bleak, dank death. Strong arms constrict him and the rough blanket covering his head clings to his nose and mouth. The boy struggles, kicks, and wrenches his face free to suck in a lung full of life saving breath. The blanket smothers him again. He fights against it, twisting his head, jerking his arms, trying to kick but the hands that hold him, tighten. His head is clamped hard against his attacker’s body. He frees one hand, gropes with his fingers until he discovers chain mail, and an unshaven chin. Clenching his fingers into a fist, he lunges out with a wild inaccurate punch.

With a muffled curse the man throws back his head but, keeping hold of his prisoner, he hurries onward, down narrow, dark steps, turning one corner, then another, before halting abruptly. The boy hears his assailant’s breath coming short and sharp and knows he too is afraid.

The aroma of brackish water is stronger now. The boy strains to hear mumbled voices, low and rough over scuffling footsteps. The ground seems to dip and his stomach lurches as suddenly they are weightless, floating, and he senses they have boarded a river craft. The invisible world dips and sways sickeningly as they push out from the stability of the wharf for the dangers of the river.

The only sound is the gentle splash of oars as they glide across the water, far off the clang of a bell and the cry of a boatman. He squirms, opens his mouth to scream but the hand clamps down hard again. The men draw in their breath and freeze, waiting anxiously. A long moment, a motionless pause before the oars are taken up again and the small craft begins to move silently across the surface.

River mist billows around them; he can smell it, feels it seeping through his clothes. He shivers but more from fear than cold.

He knows when they draw close to the bridge. He can feel the tug of the river; hear the increasing rush of the current, the dangerous turbulence beneath. Surely they will not shoot the bridge, especially after dark. Only a fool would risk it.

The boy wriggles, shakes his head, and tries to work his mouth free of the smothering hand. He strains to see through the blinding darkness but all is inky black. The boat gathers pace and, as the noise of the surging river becomes deafening, the man increases his hold, a hurried prayer rumbling in his chest.

The whole world is consumed in chaos, rushing water, clamouring thunder, biting cold. In the fight for survival, the boy continues to battle fruitlessly for breath, struggle for his freedom. The body that holds him hostage tenses like a board and beneath the boy’s ear beats the dull thud of his assailant’s heart. The blanket is suffocating hot, his stomach turning as the boat is taken, surging forward, spinning upward before it is hurled down again, between the starlings, shooting uncontrollably beneath the bridge.

Then suddenly, the world is calmer. Somehow the boat remains upright on the water. It spins. He hears the men scrabble for the oars, regain control and his captor relaxes, breathes normally again. Exhausted and helpless, the boy slumps in the soldier’s arms, his fight defeated.

All is still now; all is quiet. The oars splash, the boat glides down river, and soon the aroma of the countryside replaces the stench of the city.

His clothes are soaked with river water; his stomach is empty, his body bruised and aching. Defeated and afraid, the man releases his hold and the boy lies still in the bottom of the boat.

The world moves on.

Much later, waking with a start, the boy hears low, dark whisperings; a thick Portuguese accent is answered by another, lighter and less certain. This time when he blinks into the darkness, he notices a faint glimmer of light through the coarse weave of the blanket. He forces himself to lie still, knows his life could depend upon not moving but his limbs are so cramped he can resist no longer. He shifts, just a little, but it is too much. His kidnapper hauls him unceremoniously from the wet wooden planks.

The boy’s legs are like string. He stumbles as they snatch off his hood and daylight rushes in, blinding bright. He blinks, screwing up his face, blinking at the swimming features before him, fighting for focus. He sees dark hair; a heavy beard; the glint of a golden earring, and recognition and relief floods through him.

“Brampton!” he exclaims, his voice squeaking, his throat parched. “What the devil are you doing? Take me back at once.”

Brampton tugs at the boy’s tethered arms, drawing him more gently now to the bench beside him.

“Why?” As his hands are untied the boy rubs at each wrist in turn, frowning at the red wheals his bonds have left behind. His Plantagenet-bright hair glints in the early morning sun, his chin juts forward in outrage. “If my father were here…”

Brampton’s words lack respect, but the boy knows him for a brusque, uncourtly man.

“But where are you taking me? What is happening?”

“To safety, England is no longer the place for you.”

The boy swallows, his shadowed eyes threatening tears. Switching his gaze from one man to the other, he moistens his lips, bites his tongue before trusting his breaking voice. “Where is my brother? Where is Edward?”

Brampton narrows his eyes and looks across the misty river. He runs a huge, rough hand across his beard, grimaces before he replies and his words, when they come, spell out the lost cause of York.

“Dead. As would you be had I left you there.”

2 thoughts on “A Song of Sixpence by Judith Arnopp”