I’d like to welcome Nancy Bilyeau to Layered Pages today to talk about her writing and to share with you all her newly released novel, The Tapestry. This story is the third in the award-winning Joanna Stafford series that takes place in the heart of the Tudor court. Thrilling plots, historical intrigue and unforgettable characters. I highly recommend this series!

Nancy, why do you write?

My journey to fiction is a little unusual. I have been writing professionally since I was 22 years old, and earning bylines before then. I was the managing editor of my college newspaper, The Michigan Daily, at the University of Michigan. But as I wrote articles for newspapers and magazines, moving into editing, it just didn’t occur to me that I could write fiction. Even less that I could write the sorts of books I’d most enjoyed reading since I was about 11 years old: historical fiction. My 13-year-old daughter reads J.K. Rowing and Rick Riordan. At her age, I was devouring Mary Stewart and Jean Plaidy. And as I grew older, I continued to read the genre: Norah Lofts, Mary Renault, Bernard Cornwall, Robert Graves, and Margaret George. Right before I started my own first novel, I read Possession, by A.S. Byatt. What made me decide to try to write novels 20 years after I graduated from college? I was invited to a small fiction workshop in a teacher’s workshop, because they needed four people to keep going and they only had three. I was a seat warmer. I walked in, saying, “I am not sure what I want to write, but I know it will be historical, set in Tudor England.” Once I started writing my novel, I couldn’t stop. It became an obsession. I love creating my own world and characters to live in it. It’s very hard, but incredibly rewarding. 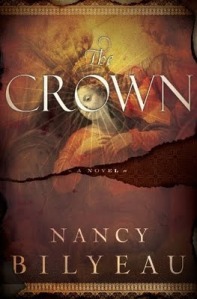 How has writing impacted your life?

It’s exciting to put out these books and I’m happy to find readers who respond to them. I’m always touched to get a positive email or hear something nice. And also I’ve met so many incredible authors and bloggers and lovers of history. Ten years ago, I don’t know how I would meet many of them, because they come through social media largely, followed by perhaps a meeting at a writer’s conference or some other event. These people have enriched my life. Now I can’t imagine not knowing them! 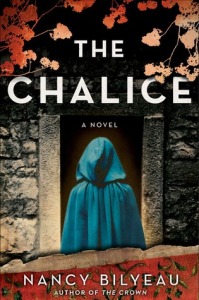 What advice would you give to beginner writers?

You have to believe in yourself. It’s a cliché but it’s so true! If you decide to go the traditional publishing route, it can be very bruising and you must be strong. I will share with you the saga of my being published in England to demonstrate the extreme up’s and down’s. After my agent sold ‘The Crown” in America to Touchstone Books, an imprint of Simon & Schuster, a co-agent sold it to Orion Books in England in a very exciting newsworthy two-book deal. My British editor came to NYC for some reason and while here took me out to a fabulous dinner. I was ecstatic. But when the book was actually published in February 2012, there was no staff publicist assigned—and it received virtually no reviews. So, not surprisingly, the book didn’t sell well. I was upset. But then, the Crime Writer’s Association put “The Crown” on the shortlist for the Ellis Peters Historical Dagger Award and called it “the debut of the year.” Again—I was ecstatic. This would turn it all around! But the release of “The Chalice” had no more publicity or attention than “The Crown,” with predictable results. Low sales. I asked the UK co-agent to go in and talk to the publishing team on my behalf. She came back with the news that I shouldn’t worry—my team in England reassured her that they weren’t

expecting big sales at this stage, they were growing me for the long term. They believed in me. Several months later, I was told that the British publisher did not want my third book in the Joanna Stafford series. I was dropped. You can’t believe how upset I was. The agents tried to get another publisher to take it, but no one wanted the third in a series. One editor I had very high hopes for waited months to decide she didn’t want the book. I got the news in an email as I sat down to a birthday lunch with friends. I had to leave the table and cry in the bathroom. So, OK, my fiction career was officially dead in England. But I couldn’t give up on my books or the readers I knew I had in England. I was able to obtain the ebook rights for the UK and I self-published the book a few days ago. And people are buying it with enthusiasm! There were many times I wanted to give up, but I didn’t. You have to adopt that spirit if you want to write books for the marketplace.

How do you respond to positive and negative reviews?

Again, I am a little unusual. I know a lot of novelists who refuse to read bad reviews and if they do, they become very upset. I am not happy to see them, but I read them carefully and think about whether there is something I can learn from it. Maybe this comes from my magazine background—you have to have a fairly thick skin on your work. 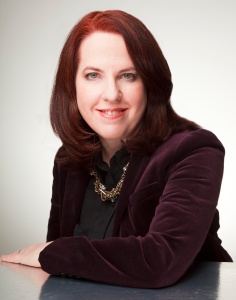 I’m a novelist, a magazine editor, a mother, and a wife—but not in that order! I am writing a series of novels for Simon & Schuster on a Dominican novice struggling to survive the Dissolution of the Monasteries in the time of Henry VIII. The first two novels, ‘The Crown’ and ‘The Chalice,’ are on sale in North America, the United Kingdom, and 9 foreign countries. ‘The Tapestry’ goes on sale March 24, 2015.