As an avid read and my love for searching for a good read, I have a list several miles long of books I want to get my hands on. A few of my fellow bloggers and I decided to share with our audience those books every month. This month for the five I have chosen on my wish-list are themed. I have always been a big Sherlock fan and I came across some books this week that I can’t believe I have not read! I love that writers have continued to publish stories about Sherlock. His relationships and the people he involves himself with to solve crimes is extraordinary! Let’s get started!

From the gritty streets of 19th century London, the loyal and courageous Dr. Watson offers a tale unearthed after generations of lore: the harrowing story of Sherlock Holmes’s attempt to hunt down Jack the Ripper.

As England’s greatest specialist in criminal detection, Sherlock Holmes is unwavering in his quest to capture the killer responsible for terrifying London’s East End. He hires an “unfortunate” known as Mary Ann Monk, the friend of a fellow streetwalker who was one of the Ripper’s earliest victims; and he relies heavily on the steadfast and devoted Dr. John H. Watson. When Holmes himself is wounded in Whitechapel during an attempt to catch the savage monster, the popular press launches an investigation of its own, questioning the great detective’s role in the very crimes he is so fervently struggling to prevent. Stripped of his credibility, Holmes is left with no choice but to break every rule in the desperate race to find the madman known as “the Knife” before it is too late.

In a Victorian era ruled by a council of ruthless steam barons, mechanical power is the real monarch and sorcery the demon enemy of the Empire. Nevertheless, the most coveted weapon is magic that can run machines — something Evelina has secretly mastered. But rather than making her fortune, her special talents could mean death or an eternity as a guest of Her Majesty’s secret laboratories. What’s a polite young lady to do but mind her manners and pray she’s never found out?

But then there’s that murder. As Sherlock Holmes’s niece, Evelina should be able to find the answers, but she has a lot to learn. And the first decision she has to make is whether to trust the handsome, clever rake who makes her breath come faster, or the dashing trick rider who would dare anything for her if she would only just ask. 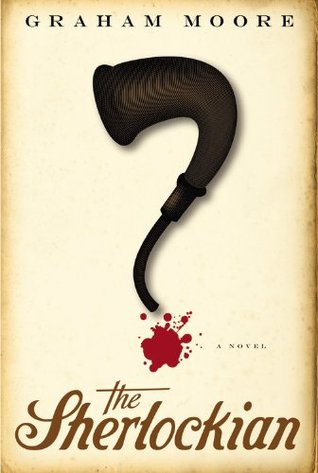 In December 1893, Sherlock Holmes-adoring Londoners eagerly opened their Strand magazines, anticipating the detective’s next adventure, only to find the unthinkable: his creator, Arthur Conan Doyle, had killed their hero off. London spiraled into mourning — crowds sported black armbands in grief — and railed against Conan Doyle as his assassin.

Then in 1901, just as abruptly as Conan Doyle had “murdered” Holmes in “The Final Problem,” he resurrected him. Though the writer kept detailed diaries of his days and work, Conan Doyle never explained this sudden change of heart. After his death, one of his journals from the interim period was discovered to be missing, and in the decades since, has never been found. Or has it?

When literary researcher Harold White is inducted into the preeminent Sherlock Holmes enthusiast society, The Baker Street Irregulars, he never imagines he’s about to be thrust onto the hunt for the holy grail of Holmes-ophiles: the missing diary. But when the world’s leading Doylean scholar is found murdered in his hotel room, it is Harold — using wisdom and methods gleaned from countless detective stories — who takes up the search, both for the diary and for the killer.

Inquisitive and observant, Dora dreams of escaping her aristocratic country life to solve mysteries alongside Sherlock Holmes. So when she learns that the legendary detective might be her biological father, Dora jumps on the opportunity to travel to London and enlist his help in solving the mystery of her cousin’s ransomed love letters. But Dora arrives in London to devastating news: Sherlock Holmes is dead. Her dreams dashed, Dora is left to rely on her wits — and the assistance of an attractive yet enigmatic young detective — to save her cousin’s reputation and help rescue a kidnapped heiress along the way.

Steeped in Victorian atmosphere and intrigue, this gripping novel heralds the arrival of a fresh new voice in young adult literature.

When Enola Holmes, sister to the detective Sherlock Holmes, discovers her mother has disappeared, she quickly embarks on a journey to London in search of her. But nothing can prepare her for what awaits. Because when she arrives, she finds herself involved in the kidnapping of a young marquess, fleeing murderous villains, and trying to elude her shrewd older brothers — all while attempting to piece together clues to her mother’s strange disappearance. Amid all the mayhem, will Enola be able to decode the necessary clues and find her mother?

There are so many more I discovered so I might have to do another wish list five in the near future of Sherlock reads! -Stephanie M. Hopkins