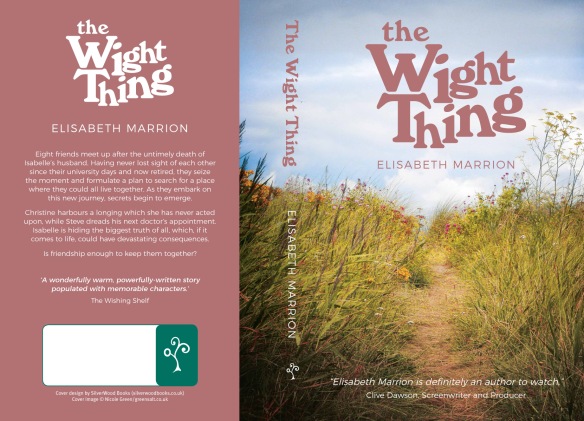 Eight friends meet up after the untimely death of Isabelle’s husband. Having never lost sight of each other since their university days and now retired, they seize the moment and formulate a plan to search for a place where they could all live together. As they embark on this new journey, secrets begin to emerge.

Christine harbours a longing which she has never acted upon; while Steve dreads his next doctor’s appointment. Isabelle is hiding the biggest truth of all, which, if it comes to life, could have devastating consequences.

Is friendship enough to keep them together?

ELISABETH MARRION was born August 1948, in Hildesheim Germany. Her father was a Corporal in the Royal Air Force and stationed after the War in the British occupied zone in Germany, where he met her mother Hilde, a war widow.

As a child Elisabeth enjoyed reading novels and plays by Oscar Wilde, Thornton Wilder and never lost her love of reading novels by Ernest Hemingway, or short stories by Guy de Maupassant.

In 1969 she moved to England, where she met her late husband David. Together they established a clothing importing company.  Their business gave them the opportunity to travel and work in the Sub Continent and the Far East. A large part of their working life was spent in Bangladesh, where they helped to establish a school in the rural part of the country, training young people in trades such as sign writing, electrical work and repair of computers and televisions.

For inspiration she put on her running shoes for a long coastal run near the New Forest, where she now lives.

Elisabeth Marrion’s book The Wight Thing is expected to be released sometime in March and Layered Pages has an interview with Elisabeth on March 9th! Don’t miss it!