I’d like to welcome Norton Upson to Layered Pages to talk with me about his book. Norton, tell me about your book, The Case of the Boarding House Murder. 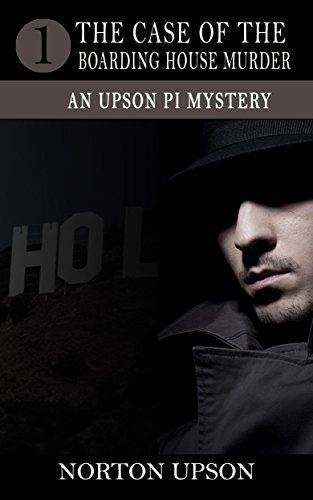 Proving someone innocent of killing a boarding house tenant was easy. Case solved. Time to move onto the next one. Or so we thought.

What Maggie and I didn’t count on, digging into a four-year-old federal trial. What made this one so interesting, for me at least, my father had been the lead prosecutor. When all his personal papers disappeared, we had to rely on the trial transcript. Except, we aren’t the only ones who wanted the testimony.

During the course of our investigation, Maggie and I discover the witnesses had been murdered even though the police reports had said otherwise. But, that’s not the worst. The body count will continue to rise if certain individuals aren’t stopped. But how? That we didn’t know.

Then, we uncover the secret these people are keeping. If they succeed their plan will have worldwide implications. Finally, the break we’d been looking for.

Where the money is coming from?

Can Maggie and I stop this global disaster from happening before we are murdered?

What was the inspiration behind writing this story?

One of of my all-time favorite movies is Casablanca. I watch it every chance I get. Another is Public Enemy. Then of course The Maltese Falcon and the book of the same name.

When I first came up with the idea for The Case of the Boarding House Murder I had originally planned to set the story in contemporary Los Angeles, CA. The more I talked and thought about this I came to realize that wouldn’t work. Look at all the technology there is out there for even a private investigator to use or have access to. That would take all the fun out of story.

So, I decided to go back in time. This book, therefore the series, starts in 1940. And talk about going down the research rabbit hole. The clothes worn in that period. Jewelry. Music. Cars. Even how coffee was made. (In a real percolator on a stove.) Sports teams. Between 1940 and now team name has changed. Then we have, what’s going on in the world. Radio shows. Don’t forget TV didn’t come along until much later. What restaurants were popular in LA. Hotels. Even food. The political climate.

One concession I did make, I wasn’t going to use the vernacular of the period but keep narrative and dialogue current.

Tell me about Maggie.

What’s there to say about her. She’s beautiful and very intelligent. Some, not all, of her I patterned after my mother. Sorry but to learn more about Maggie you’ll have to get the book. 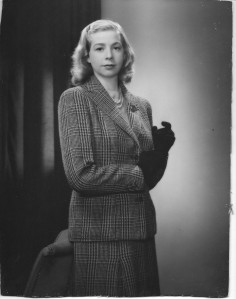 Why did you choose to write this story?

Now I had the year I wanted the series to start along with my two main characters, Maggie and me, Norton Upson. (Yes, you read that correctly. The entire series is being written in the first person. You, the reader will see everything through my eyes. I felt the series called for this point of view.) Now I needed a

story. Here’s where my, as I call it, “What if…” came into play. A client, at this point potential, walked into the Upson Detective Agency claiming an employee of his was being framed for a murder. He even brought proof with him that the police rejected outright. I took him on as a client only to find out that even from the very beginning nothing was as it seemed. 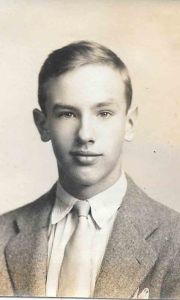 If anything can be learned from your story, what would it be?

If the events I wrote about were real, and not fiction, and they had come true the world we know would be a totally different place than it is now.

What I do like about writing historical fiction is that I can and will on occasion bring in real historical event.

Where in your home do you like to write and what is your process?

I work in my bedroom, dining room, living room, TV room. In short, I live in a boarding house.

As a general rule I don’t start writing until sometime between 1:30 and 2pm. By then I’ve returned home from town with my requisite Starbucks ® coffee and had lunch. That doesn’t mean I’m not figuring out what scene(s) I’ll be writing that day. That way when I do sit down, for the most part, the writing flows smoothly. I’ll take an hour dinner break then finish the chapter. If I get that done early enough I might even start on the next one. I repeat this cycle seven days a week.

The only actual down time I have is when I’m sleeping.

Book 2 in the series is The Case of the Missing Jewelry. I’m planning to release it in the early fall. This book will have even more twists, turns, and false leads than The Case of the Boarding House Murder.

All of the books will be in eBook format and in the future print. They are only available at Amazon.

Life’s full of hiccups on the road of life and I had my fair share.

Growing up I also knew what I wanted to be. A Special Agent for the Federal Bureau of Investigation. To start accomplishing my goal, while at UCLA besides my regular classes and ROTC I took several prelaw classes. My plan had been to do my military service then go to law school.

Then, the first hiccup came along. I was assigned to an Army intelligence group. From the very beginning I became hooked on the detailed work involved. Guess I must have gotten that from my dad who had been a federal prosecutor in Los Angeles. Anyways, instead of serving four years then go into the reserves I decided to stay in the Army.

Then, my second hiccup. July 7, 1937. I had been assigned to the embassy in China. When I was walking near the Marco Polo Bridge fighting broke out between Chinese and Japanese soldiers. I was shot in the leg and ended up getting discharged. With my injury becoming an FBI agent was out so I took what I learned in the Army and opened Upson Detective Agency.

Finally, a great hiccup. I was walking down Rodeo Drive when I saw a familiar face. Maggie Neilson, my girlfriend from high school, walked back into my life.

To find out more about Maggie and myself you’ll have to read the Upson PI Mystery books as we solve some of the most baffling cases ever to cross a private detective’s blotter.

In conclusion, everything I’ve written about me is fiction. Or is it? You decide.