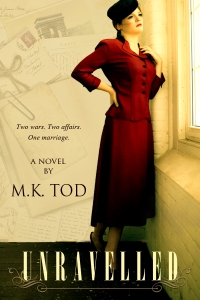 In October 1935, Edward Jamieson’s memories of war and a passionate love affair resurface when an invitation to a WWI memorial ceremony arrives. Though reluctant to visit the scenes of horror he has spent years trying to forget, Edward succumbs to the unlikely possibility of discovering what happened to Helene Noisette, the woman he once pledged to marry. Travelling through the French countryside with his wife Ann, Edward sees nothing but reminders of war. After a chance encounter with Helene at the dedication ceremony, Edward’s past puts his present life in jeopardy.

When WWII erupts a few years later, Edward is quickly caught up in the world of training espionage agents, while Ann counsels grieving women and copes with the daily threats facing those she loves. And once again, secrets and war threaten the bonds of marriage.

With events unfolding in France, England and Canada, UNRAVELLED is a compelling novel of love, duty and sacrifice set amongst the turmoil of two world wars.

“A sweeping story of love and war with much of the style of Brief Encounter and the passionate intensity of Birdsong. The novel moves from poignant reminiscence, to the carnage of the trenches, to the unravelling of life and memory.” Jenny Barden, author of Mistress of the Sea

“An engrossing historical saga. With narrative insight, compassion and a strong sense of time and place, M.K. Tod observes the inner workings of a marriage as it’s affected by the uncertainty and tumult of both world wars.” Sarah Johnson, Historical Novel Society Book Review Editor

“Ms. Tod’s extensive research shows and provides Unravelled with solid information and authority – and the framework for a touching love story. An eloquent saga that I will not soon forget. I highly recommend it.” Judith Schara Caldwell

“Unravelled is a page turner and then some. Passionate, exciting, and intense, this book depicts the profound effects of both wars on people and focuses on the marriage and family life of the Jamiesons. I was moved to tears a few times.” Suko

“Truly this is a beautifully crafted story, full of emotion, detail and history that will keep readers entranced for hours. A stunning debut effort, sure to be on the top of several must read lists.” Gaele, an Amazon Top 500 Reviewer 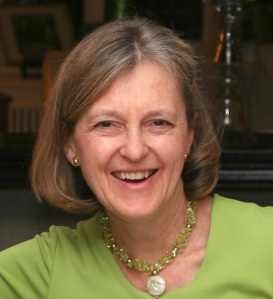 M.K. Tod writes historical fiction and blogs about all aspects of the genre at A Writer of History. Her debut novel, UNRAVELLED: Two wars. Two affairs. One marriage. is available in paperback from Amazon (US, Canada and elsewhere), and in e-book formats from Amazon, Nook, Kobo, Google Play and on iTunes. Her second novel, LIES TOLD IN SILENCE was released in July 2014 and is available at the same retailers. Prior to writing historical fiction, Mary had a successful business career. She can be contacted on Facebook, Twitter and Goodreads.