Elizabeth Woodville was the wife of King Edward IV and the mother of the Princes in the Tower. As an impoverished widow she was wooed and won by the handsome young king and believed her dreams had come true. But she was soon swept up in the War of the Roses, enduring hardship and danger as her husband struggled to keep his throne. When he died Elizabeth was unable to protect her family against the ruthless ambitions of the man he trusted above all others. It was the king’s brothers, the unstable Duke of Clarence and the loyal Duke of Gloucester, who would prove to be Elizabeth’s most dangerous enemies.

Noah’s Wife transports readers to an ancient time and place, while exploring timeless issues—family relationships, autism, religious freedom, and cultural change. Told from the unique perspective of a young girl with a form of autism known now as Asperger’s, this is the award-winning story of Noah’s wife, Na’amah.

“A novel inspired by the biblical story of Noah’s flood, Thorne’s version weaves myth, history, and archeological findings with her vivid imagination, wisdom, and humor into an epic tale you will not forget.”

Na’amah wishes only to be a shepherdess on her beloved hills in ancient Turkey—a desire shattered by the hatred of her powerful brother and the love of two men. Her savant abilities and penchant to speak truth force her to walk a dangerous path in an age of change—a time of challenge to the goddess’ ancient ways, when cultures clash and the earth itself is unstable. When foreign raiders kidnap her, Na’amah’s journey to escape and return home becomes an attempt to save her people from the 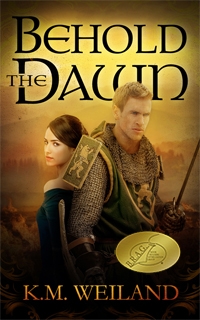 Marcus Annan, a knight famed for his prowess in the deadly tourney competitions, thought he could keep the bloody secrets of his past buried forever. But when a mysterious crippled monk demands Annan help him wreak vengeance on a corrupt bishop, Annan is forced to leave the tourneys and join the Third Crusade in the Holy Land.

Wounded in battle and hunted on every side, he agrees to marry—in name only—the traumatized widow of an old friend, in order to protect her from the obsessive pursuit of a mutual enemy. Together, they escape an infidel prison camp and flee the Holy Land. But, try as he might, he cannot elude the past—or his growing feelings for the Lady Mairead. Amidst the pain and grief of a war he doesn’t even believe in, he is forced at last to face long-hidden secrets and sins and to bare his soul to the mercy of a God he thought he had abandoned years ago.