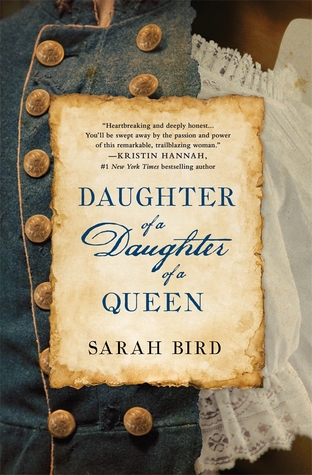 “Here’s the first thing you need to know about Miss Cathy Williams: I am the daughter of a daughter of a queen and my Mama never let me forget it.”
Missouri, 1864

Powerful, epic, and compelling, Daughter of a Daughter of a Queenshines light on a nearly forgotten figure in history. Cathy Williams was born and lived a slave – until the Union army comes and destroys the only world she’s known. Separated from her family, she makes the impossible decision – to fight in the army disguised as a man with the Buffalo Soldiers. With courage and wit, Cathy must not only fight for her survival and freedom in the ultimate man’s world, but never give up on her mission to find her family, and the man she loves. Beautiful, strong, and impactful, Cathy’s story is one that illustrates the force of hidden history come to light, the strength of women, and the power of love.

General Sheridan and his soldiers were burning everything in sight and took Cathy Williams-a slave-off a plantation as contraband to be an assistant to the generals cook. After the war is over she enlists in the Union Army disguised as a man with the Buffalo Soldiers.

I’ve always wondered how the Union Army was able to recruit/convince ex-slaves-right after the civil war- to become Buffalo Soldiers knowing what they were going to do to the Indians. It really has always baffled me. This story goes into that a little of that and explores the feelings of the Buffalo soldier’s feelings on this. The Union Army was not kind to the soldiers and I believe used them horribly.

As I was reading this story, I was dreading about what was going to happen to the soldiers once they get out west-already knowing its history and the author gives you a vivid picture of their struggles and Cathy’s efforts to keep her disguise as a man.

Daughter of a Daughter of a Queen is a top-notch historical fiction story, memorable characters, outstanding history details of its setting, conflict and I’m truly looking forward to more stories by this author.

I obtained a copy of this book from the publishers through NetGalley for an honest review.

I have rated this book five stars.