Back in May 2013 I shared my short but to the point review of Cascade by Maryanne O’Hara. It’s such a great read I thought I would share it again! Enjoy! 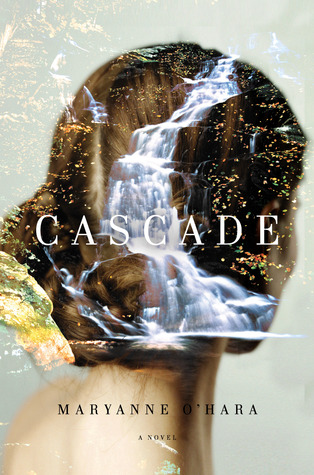 What would you give up to become the person you knew you were meant to be?

It’s 1935, and Dez Spaulding has sacrificed her plans to work as an artist in New York to care for her bankrupt, ailing father in Cascade, Massachusetts. When he dies, Dez finds herself caught in a marriage of convenience, bound to the promise she made to save her father’s Shakespeare Theater, an especially difficult feat since the town faces almost certain flooding to create a reservoir. When she falls for fellow artist and kindred spirit Jacob Solomon, she sees a chance to escape with him and realize her New York ambitions, but her decisions will have bitter and unexpected consequences.

Fans of Richard Russo, Amor Towles, Sebastian Barry, and Paula McLain will savor this transporting novel about the eternal tug between our duties and our desires, set in New York City and New England during the uncertain, tumultuous 1930s.

*All reviews, interviews, guest posts and promotions are original works of the people involved. In order to use any part of the material from this site, please ask for permission from Stephanie M. Hopkins-Layered Pages. *

Love, loss and conflicting loyalties and promises- this story sweeps you into the 1930’s, a town in Cascade, Massachusetts. Who is fighting for their very own survival of a flood that is to create a reservoir for Boston. A woman-Desdemona, who has made promises to her dying father and bound to the man she married. Yet she yearns to for a life of an artist and falls for a young Jewish man. Author Maryanne O’Hara brings you raw emotions in her characters, their lives and gives you a sense of timeless love and beauty. I have to admit when I opened the first page and started reading, I had a hard time getting into it. So I stepped away for a few days and went back to it. Because I literally had just finished a book that was set in the 19 Century and I picked this one up immediately afterwards. Not the best idea in the world. Once I picked it up again, the story drawled me in and I was memorized. I truly admire the authors writing style and her way with characterization. The story all around is just beautiful and atmospheric. I highly recommend this novel.

I am rating this book cover five stars! I absolutely love it! It’s stunning and true to the story.