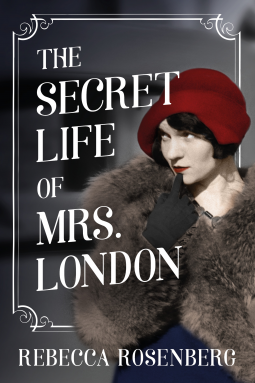 The Secret Life of Mrs. London by Rebecca Rosenberg

San Francisco, 1915. As America teeters on the brink of world war, Charmian and her husband, famed novelist Jack London, wrestle with genius and desire, politics and marital competitiveness. Charmian longs to be viewed as an equal partner who put her own career on hold to support her husband, but Jack doesn’t see it that way…until Charmian is pulled from the audience during a magic show by escape artist Harry Houdini, a man enmeshed in his own complicated marriage. Suddenly, charmed by the attention Houdini pays her and entranced by his sexual magnetism, Charmian’s eyes open to a world of possibilities that could be her escape.

As Charmian grapples with her urge to explore the forbidden, Jack’s increasingly reckless behavior threatens her dedication. Now torn between two of history’s most mysterious and charismatic figures, she must find the courage to forge her own path, even as she fears the loss of everything she holds dear. 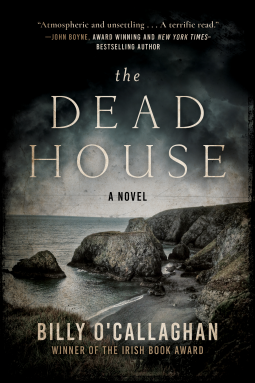 The Dead House by Billy O’Callaghan

Sometimes the past endures—and sometimes it never lets go.

This best-selling debut by an award-winning writer is both an eerie contemporary ghost story and a dread-inducing psychological thriller. Maggie is a successful young artist who has had bad luck with men. Her last put her in the hospital and, after she’s healed physically, left her needing to get out of London to heal mentally and find a place of quiet that will restore her creative spirit. On the rugged west coast of Ireland, perched on a wild cliff side, she spies the shell of a cottage that dates back to Great Famine and decides to buy it. When work on the house is done, she invites her dealer to come for the weekend to celebrate along with a couple of women friends, one of whom will become his wife. On the boozy last night, the other friend pulls out an Ouija board. What sinister thing they summon, once invited, will never go.

Ireland is a country haunted by its past. In Billy O’Callaghan’s hands, its terrible beauty becomes a force of inescapable horror that reaches far back in time, before the Famine, before Christianity, to a pagan place where nature and superstition are bound in an endless knot.

Mind of a Killer by Beaufort, Simon

Newspaper reporter Alec Lonsdale discovers that a series of seemingly random murders may be connected in this absorbing historical mystery.

London, 1882. Alec Lonsdale, a young reporter on the Pall Mall Gazette, is working on a story about a fatal house fire. But the post-mortem on the victim produces shocking results: Patrick Donovan’s death was no accident. But why would someone murder a humble shop assistant and steal part of his brain?

When a second body is discovered, its throat cut, and then a third, Lonsdale and his spirited female colleague, Hulda Friederichs, begin to uncover evidence of a conspiracy that reaches to the highest echelons of Victorian society.