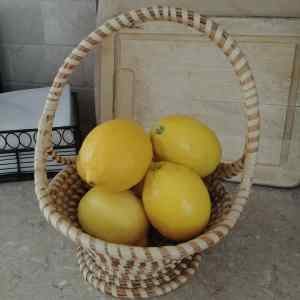 I’ve always heard that you should drink a glass of water with fresh lemon juice after going to a chiropractor or after getting a massage. It just occurred to me, then shouldn’t people drink water with lemon after working out at the gym? After all, you are breaking down your muscles fibers to build up again and the lemon water would flush out the toxins that was released in your body. Let’s get down to why I am really writing this post. I’m going to get really personal. Okay, maybe not completely but I will be using some words that are uncomfortable words for some people to say out loud or on social media where everyone can see for that matter. Since I was a wee lass-I’m not Scottish, I just like saying that-I’ve had UTI’s, Bladder Infections, Kidney Infections and among other physical problems. I’ve had somewhere in the ball park of 16 surgeries. Not all related to my bladder mind you. When I was four, I had bladder surgery. I won’t go into much detail about it thank you very much.  Throughout the years and especially in my adult years after having my daughter, I had UTI’s left and right. The doctors were constantly putting me on antibiotics. One thing that occurred to me was that they never talked about my diet or if there was a way to naturally avoid UTI’s, except not to take baths and don’t drink so much caffeine. Did that advice help me? No. It sure didn’t.

Last year I had a hysterectomy among a few other things they had to fix while in there.  Ten months leading up to the surgery, I had an ongoing UTI. NOTHING was helping and I was losing my mind. You can imagine the constant pain I was in. After a while, it messes with you emotional and mentally. At that point, I was so over doctors but thankful for the hysterectomy, I must admit. After the surgery, I still had an infection despite the antibiotics. I’m just going to give it to you straight, those drugs just don’t work on me anymore and I am limited to what I can take because I have a lot of allergies to drugs.

A few months after my surgery, I was seeing my Pelvic Floor Therapist and I was talking to her about some of my problems and she suggested drinking water with fresh lemon juice. I was confused by that at first because I thought it would be too acidic for me to drink. She said it wouldn’t be and that it would help restore my PH Balance as well. She also said it will help flush out toxins and bad bacteria out of my body. I was sitting there listening to her and not completely sold on the idea because if that was the case then why hadn’t all the doctors, I’ve seen told me this.

I was desperate so I was willing to give this a try. I went to the store a bought lemon and started drinking lemon water. I have to admit there were days I skipped because I wasn’t in the habit yet. Guess what? NO MORE UTI’S! I do still have bladder spasm however but that is because of something else and they are getting less and less.

Here are some other benefits I’m experiencing. Softer skin, my daily vitamin C, better digestion. Less muscle and joint pain. Praise God! Run do not walk to your kitchen a drink a large glass of fresh lemon water. Also, be sure to drink a glass first thing in the morning before consuming anything else. That is really important.

Also, recently I have changed my diet completely to a Whole Food Plant Based Diet. Watch “Forks Over Knives” on Netflix. It will change your life. Be sure to research further about the benefits of drinking lemon water. There are a ton of benefits!!

I do want to point out that I am not a doctor or nurse. Just someone who has been through a lot of medical issues and I want to help others find relief and comfort as I have. Be sure to discuss changing your diet with your doctors before doing so and don’t be afraid to speak up! You just might change someone’s life.